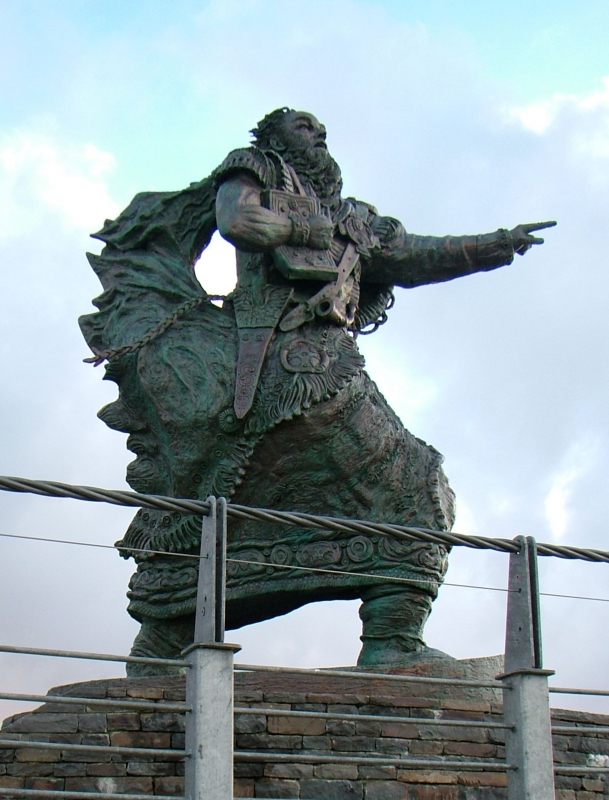 The sculpture of St. Brendan the Navigator which was commissioned by the St. Brendan Heritage Centre to be the focal point of the St. Brendan the Navigator Heritage Park at Fenit Harbour, from whence St. Brendan is said to have begun his legendary voyages, among them discovering America centuries before Columbus sailed across the Atlantic ocean.  O'Donoghue/Ross' family assisted him in the execution of the piece. Since the launching ceremony in September 2004, the commanding sculpture has become a point of pilgrimage for a widening audience, returning to see the sculpture in its dramatic setting again and again.  The Heritage Park was launched the following year, with more work by O'Donoghue/Ross and his family along the path leading to the sculpture.  As an extension of the Park, there is also 'The Brendan Way, Fenit to Lerrig'  which chronicles Brendan's life.

The sculpture has become iconic, mentioned in various blogs and websites.  It is the location of a dance sequence as part of 'Jerusalema', an Irish response to the social media challenge of the Swiss police during the Covid-19 crisis in Feb. 2021.

Gearoid, Colm (Cast Ltd) & Tighe, the sculpture just installed
The sculpture being readied for installation, 21st August 2004
Tighe with his children - Eoghan, Siobhan and D'Ana on the day of dedication of the monument